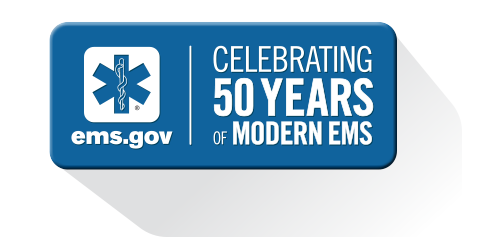 On the 50th anniversary of the birth of modern EMS, we look back on the impact that the federal government and the adoption of a national systems approach to pre-hospital care has had in helping local agencies and care providers serve their communities.

Often cited as the foundation of modern emergency medical services, this year EMS recognizes the 50th anniversary of the groundbreaking whitepaper, Accidental Death and Disability: The Neglected Disease of Modern Society. The paper, released by the National Academy of Sciences in 1966, assessed the mortality and injury rate among civilians during a time in which the number of people killed on the nation’s roadways was near epidemic proportions.

The findings and recommendations in the report led to the development of an EMS system that is much more sophisticated than the report’s authors likely predicted. As the industry looks ahead and plans for the next 50 years of EMS innovation, it’s important to reflect on the profession’s history, those who have and continue to shape the EMS landscape and the major milestones that helped create modern EMS.

The origin of EMS in the U.S. can be traced back to the systems of care that were created on the battlefields of the American Revolution. In Management of Ambulance Services, author Vincent D. Robbins notes that two critical elements of EMS emerged during the revolution. “First, it was recognized… that a significant need existed for extensive and rapid transportation for the medically needy, especially the battle wounded, to designated medical facilities. Second, a categorization of hospitals, between ‘camp’ and ‘regimental/general,’ was devised as a means to sort patients according to the intensity of their medical needs.”

About 200 years later, the Accidental Death and Disability whitepaper was published, which is commonly accepted as the birth of the modern EMS system. It shed light on the need for a standardized and effective system of care for accidental injury, especially motor vehicle accidents, which were a leading cause of death for Americans.

The evolution of local, state and federal roles

When the paper was published, EMS was less of an organized system and more of a hodgepodge of resources, often with mortuary vehicles serving as ambulances, no full-time emergency departments and well-meaning but untrained personnel.

Recognizing the need for pre-hospital medical care and transport, the newly created National Highway Traffic Safety Administration (NHTSA) distributed funds to create EMS systems across the country through the EMS Systems Act of 1973. Although EMS was and continues to be regulated at the state and local levels, these grants helped establish NHTSA as a strong supporter of a systems-level approach to emergency medical care – a legacy that continues today.

During the ’70s and ’80s, the federal government’s role also expanded to become “the visionary that brings the right people together, coordinates resources and builds consensus,” said Drew Dawson, former Director of NHTSA’s Office of EMS.

As treatments, technology, emergency vehicles, training and other aspects of EMS have evolved, so too have the roles of state and local governments.

“[There was] increasing recognition of the need for protection of public health and safety, and ensuring the need for uniform standards of licensing and care, but also recognizing the diversity in the methods of exercising that oversight and providing flexibility within limits,” Dawson said.

“As EMS started off,” he continued, “there were very prescriptive ways of doing things. We have all moved away from that, toward more flexibility. The key is to develop a realistic, ongoing EMS system that best leverages resources to positively impact patient care.”

Building on the past, looking to the future

The last 50 years of emergency medical services have been marked by great change, innovation and challenges that will continue to pave the way for improved systems of care. As the role of EMS within the healthcare continuum grows in importance and scope, a central area of focus is mobile integrated healthcare and community paramedicine. As innovative and successful programs develop across the nation, questions about education, scope of practice and certification evoke memories of EMS 50 years ago. Today, though, we are much better equipped to make such decisions.

Another opportunity for EMS is the future of data collection and information sharing across the pre-hospital industry and the healthcare community. In 2001, federal funding supported the development of the National EMS Information System (NEMSIS), which standardized the collection of patient care data and enabled the creation of local, state and national EMS databases–all using the same data “language.” Over the course of the last 14 years, more than 134 million records have been collected, including 27 million records in 2015 alone. The data has allowed researchers, states and local agencies to measure and improve all aspects of EMS, from the quality of patient care to the efficiency of the system.

Hurdles remain in the collection and use of EMS data as many EMS organizations struggle with the resources and training necessary to use local data meaningfully, and face interoperability and information sharing challenges between EMS and healthcare partners.

“The EMS profession is evolving in response to the changing medical needs of our communities and to changes in the way in which healthcare is delivered in our country,” said Conrad Kearns, president of NAEMT. “Our progress as practitioners is being driven by our own pursuit of excellence – to provide the best out-of-hospital medical care to every patient and in any environment. For these reasons, I am truly excited about our future!”

Working together, EMS and the healthcare industry will need to improve collaboration, adapt and continue planning for significant changes in how healthcare is funded. With payors, including Medicare and Medicaid, looking for ways to reduce costs and encourage efficient and effective care, the traditional fee-for-service model is slowly being replaced with other reimbursement models that emphasize value. The long-term impact on EMS is still unclear, but will certainly shape the agenda for the next several decades.

It’s an exciting time for EMS as the community reflects on the progress of EMS over the last 50 years, and looks ahead to the next 50 and the incredible impact that EMS professionals will have on the communities and people they serve.

KRISTEN WILLIAMS is an account coordinator at the RedFlash Group.