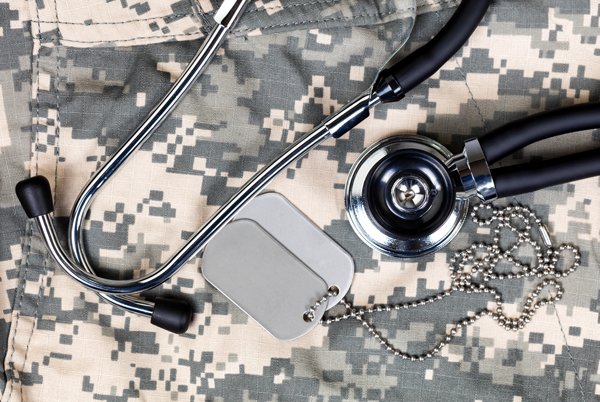 Few people are more qualified or better prepared for careers in public safety than military veterans. Trained to operate in the most stressful circumstances, they know how to remain focused amid chaos, operate well as part of a team, follow orders, and step up as leaders when the situation requires it. With more than 20 million military veterans in the United States, many have or will pursue careers in emergency medical services (EMS). For some veterans, the move to EMS is a ready transition and a good fit because, like the military, EMS offers vets a paramilitary structure, a close-knit brotherhood, an active lifestyle, and a way to give back to their community and country.

Veterans Are Trained to Prepare and Respond

Service men and women are trained to protect and care for themselves and others under enormous stress. Neal Wilson, an EMT with the Kansas City (MO) Fire Department and a U.S. Army National Guardsman, was in the Army for three years before pursuing a career in EMS and eventually law enforcement.

In the Army “you train constantly on a scenario-driven basis. They stress a lot of leadership goals and planning. Pre-planning and back-planning are keys to military success,” Wilson says. “This commitment to training, to being prepared, and the willingness to take action under stress are strengths veterans bring to EMS.”

Jeff Garver, a former U.S. Army Special Operations medic and current paramedic educator at Augusta University in Georgia, agrees that many former service members are great assets for EMS agencies. “From the employer’s standpoint, they are getting someone who is already disciplined because they had to be. They show up at the right time, in the right place, wearing what they are supposed to. They are dependable as employees,” Garver says. “The leadership experience they bring to the table is also a benefit.

Continuing an Active Lifestyle in EMS

Many veterans who pursue a career in EMS point to the professional parallels as part of the draw. They cite the rank-and-file structure, a certain amount of latitude in operations, the anticipation of the unknown surprises during a shift, and the adrenaline rush of working in emergency situations.

“My personal opinion is that people who join the military are seeking an active lifestyle. They are not built for the office,” Wilson says. “EMS clearly offers them that – the excitement of a free environment despite the fact that it’s paramilitary. When the next call comes in, it could be a toe stub or it could be a cardiac arrest. The excitement of the anticipation drives a lot of people in this field.”

Ben Chlapek, retired U.S. Army Lieutenant Colonel and Chair of the National Association of EMT’s (NAEMT) Military Relations Committee, points out that a career in EMS offers former military members both a rush and a steady job.

“EMS can be good [for vets] because it continues to provide them with the adrenaline rush and catecholamine dump you get when the sympathetic nervous system kicks in,” Chlapek explains. “And in most instances EMS is a solid place of employment, if you come in and do your best. You’ll get a lot of satisfaction out of it, plus a paycheck.”

Veterans are accustomed to training and repeatedly performing skills to meet or exceed the standards. Many veterans join the military because they are service-minded and want to serve their country, which can also apply to serving their communities as EMS responders post-military. 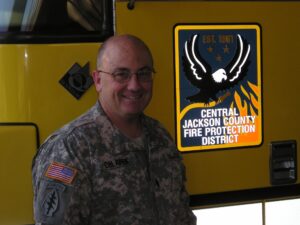 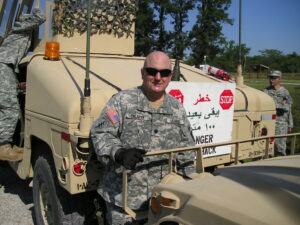 Ben Chlapek, retired U.S. Army Lieutenant Colonel, has worked as a paramedic and deputy fire chief in the Kansas City Metropolitan area. He served tours in Afghanistan, Kosovo, Central America as well as other countries.

The Path to EMS

For EMS chiefs looking to hire veterans or veterans considering a career in EMS, the path to becoming an EMT or a paramedic may depend on an individual’s specific military training, as well as the state’s licensing requirements. For military medics or other veterans with medical training, a number of organizations have been working on bridge programs to allow vets to receive credit for the military training and seek additional training to become civilian EMTs or paramedics.

For Wilson, who made the transition out of the Army into EMS in the 1980s, there was not a lot of bridging between the professions. “You had your veteran status, but that only got you so far unless you were a war combat veteran,” Wilson says. “So the best thing that I got from the Army was money for college, which then prompted me to go to EMT school.”

“The NAEMT military relations committee is focused on helping military folks get credit for their military medic training or any of their training that is applicable so they don’t have to come back and go to school for two years before they can make money and have a job,” Chlapek says.

He admits the transition isn’t perfect but he encourages all veterans to seek credit for their military training and for hiring chiefs to look closely at veterans’ records to discern what the experiential equivalent is outside of the military. “Certainly the best thing is exploring all your options while you’re still in the military and using tuition assistance to get your EMT prior to getting out,” Wilson says. “If you have VA benefits for education once you get out, contact the VA rep to get them to pay for it.” 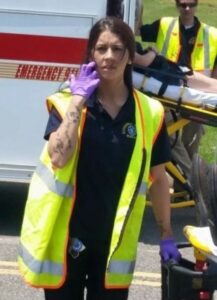 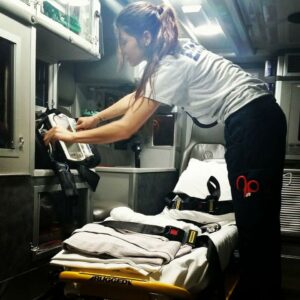 A Culture of Camaraderie and Giving Back

Krissy Esget, a U.S. Coast Guard veteran, pursued a career in EMS after EMTs saved her life in 2011 when, as a pedestrian, she was struck by a drunk driver. During the many difficult months of recovery, Esget made it a goal to become an EMT so she could help save others.

“I was in the hospital for four months. I had to learn to walk and talk again. My cognitive skills were completely off. My biggest goal was to become an EMT,” she says. “The program that we have here in Henry County [Virginia] is absolutely amazing. I passed my EMT the first time; I passed my NREMT on the first try. It was the biggest accomplishment after my injury.”

She is now an EMT with Ridgeway EMS in Ridgeway, Virginia, and says many veterans struggle to find the camaraderie and community they had in the military in their post-military, civilian lives. “Veterans are extremely close to each other,” Esget explains. “EMS is almost the exact same thing. It has made transitioning a lot easier because that is basically what you need. You need to have that close-knit family. It’s wonderful; especially with the injuries that I sustained while I was in the military.”

John Stankus, a former Marine and now police officer in Waterbury, Connecticut, agrees and says that most veterans value jobs that offer a sense of community and sense of purpose. “One of the big things I see in guys coming out is they lose that sense of purpose, the feeling that they are needed. When they’re just working at an office job, they feel like they’re wasting time. But going into EMS, police, or fire they are really helping people.”

One big challenge for EMS agencies looking to recruit veterans is that there is no central location through which veterans process out of the military. However, getting in touch with the local VA office can be a good way to recruit new veterans. EMS agencies can also reach out to local bases to publicize job openings and speak with military job placement officials about how military personnel can pursue their EMT or paramedic license while still in the military, thus opening up job opportunities when they get out.

For veterans considering a career in EMS, Esget suggests trying to set up a ride-along with your local EMS service. “It’s not suited for everybody, but if you do a ride-along or visit with the rescue squad, you’ll be able to see if it’s right for you,” she says.

Susanna J. Smith is a content strategist and writer who focuses on technology, healthcare and EMS. Smith holds a master’s in public health from Columbia University and has worked as a writer, editor and researcher for more than 10 years. You can follow her at @SusannaJSmith.